The next-gen Nike Mercurial Superfly VII Elite FG Under the Radar – Black / Iridescent Metallic Football Boots are black with iridescent-metallic brandings. Brandings – there are lots of them all across the upper of the new Nike Mercurial boots. There’s a large Swoosh on the outside, as well as a cropped ‘Mercurial’ writing, another small Swoosh towards the heel. On the inside is a large ‘Just Do It’ print, together with another Swoosh and a ‘Merc’ branding above it. Another Swoosh sits on the toebox. 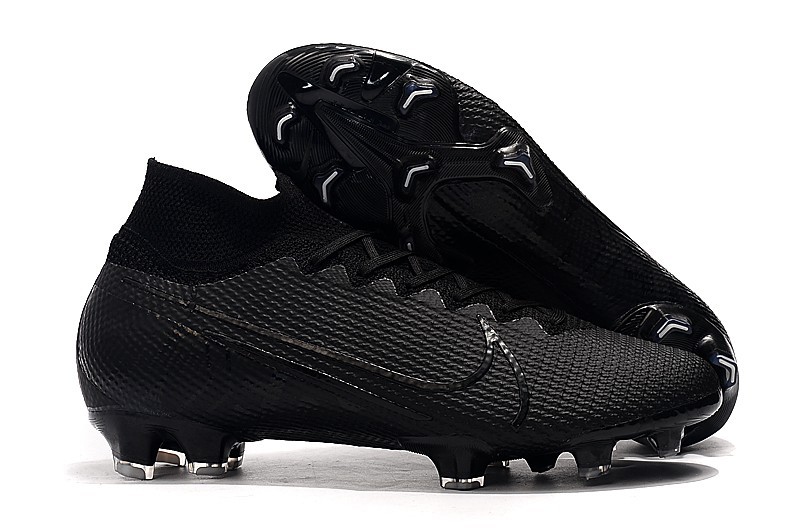